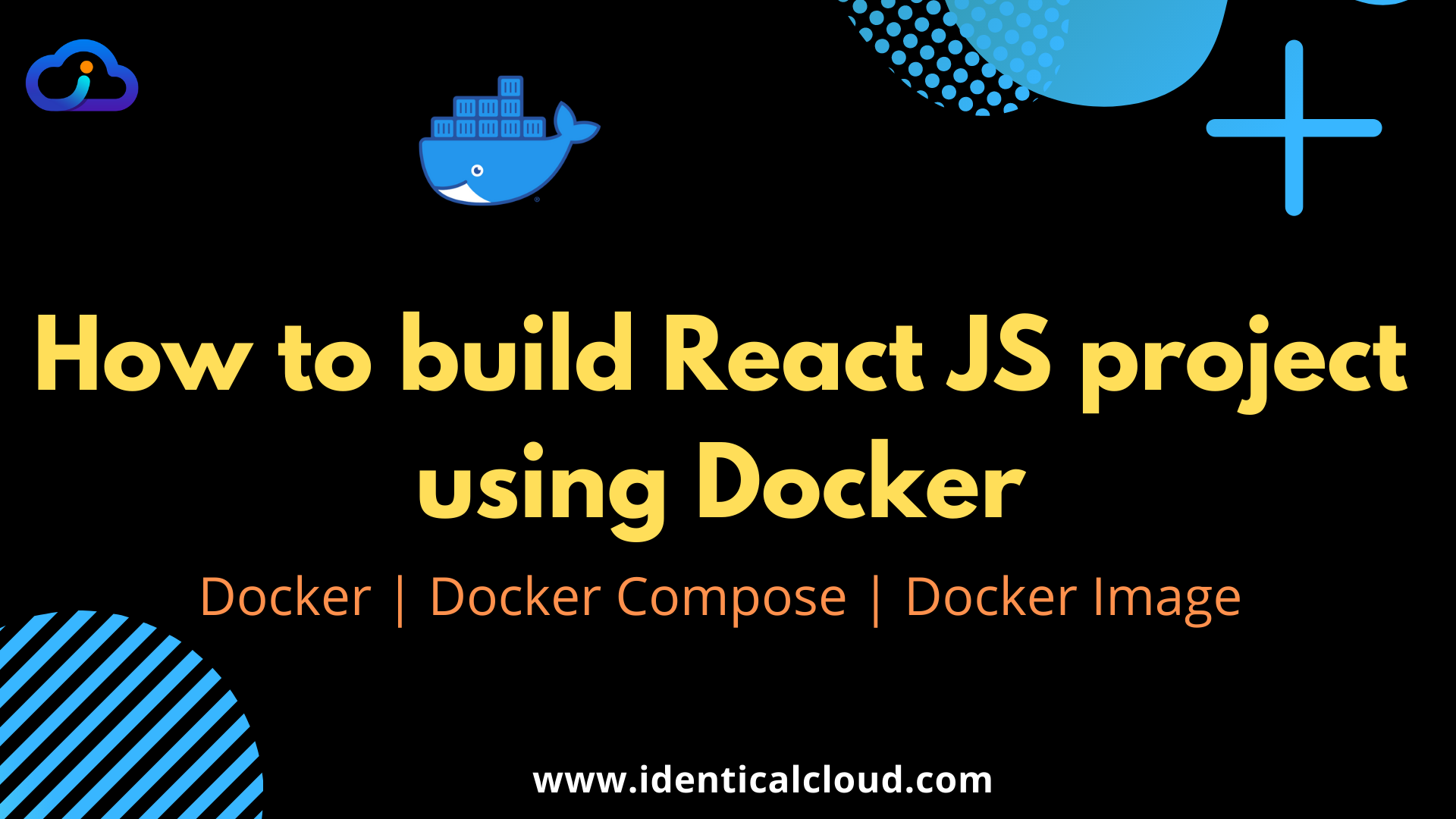 Docker is a containerization system that allows us to create containers that are isolated from the environment and destroy them whenever needed. With Docker, it is easy to spin up containers in milliseconds of time and also to delete them. Thus, Docker is one of the most popular tools for the DevOps Team.

In this article, we will see one such use case of Docker, where we can build a ReactJS application and deploy it. We will see 2 ways to achieve this.

In this approach, we will create ReactJS build using Docker-compose and deploy separately using NGINX or AWS S3 Bucket

In this file,
1. It will go to the project code directory and build code using npm run build command
2. After that, it will remove the old build if exists
3. Now, it will copy new generated build to the same build folder.

In the next step, Add docker-compose.yaml file to run this

REACT_BUILD_GENERATOR docker container’s work is to only build ReactJS code, so after build generation is complete, Docker container will be auto destroyed

At the end of this docker-compose command, we will be able to see our build files in /usr/share/nginx/html/builded_project_directory_name which is the default project directory for NGINX Web Server

You can also download build files from that folder

Our Build Generation phase is complete here, now comes the deployment part
– ReactJS build generated static files, which can be hosted with any web server such as Apache or NGINX and it can be also deployed to AWS S3 which supports static website hosting

It will create docker container for NGINX Web server with 80 and 443 ports exposed, which is for HTTP and HTTPS traffic respectively

restart: always will restart your NGINX container if your system or docker engine restarts

To do that, first, copy the current NGINX configuration to the local directory and then add mount command to docker-compose file

In this 1st approach, we have build and deploy separately, in this way if you want to deploy it using S3 or to any other deployment server, you can download and upload it to AWS S3 it easily

Let’s look at 2nd approach now, here we will have just 1 Dockerfile which will build ReactJS code and deploy it using NGINX Web server

Build this Dockerfile using this command

where $projectname_web is your docker image name

After building this image, run it using the same docker-compose file as above or directly run the docker command as below

Here, you have already added all required build files in Docker image itself, so you won’t need to mount this directory

If you want to share this Docker image with your teammates or colleagues, simply upload it to Docker hub or AWS ECR and share it, you won’t require to share all source code, only with this Docker image, they will be able to run it.

To know how to upload it to AWS ECR and Docker hub, follow provided links